Improving access to culturally appropriate interventions in dementia: a step towards closing the treatment gap 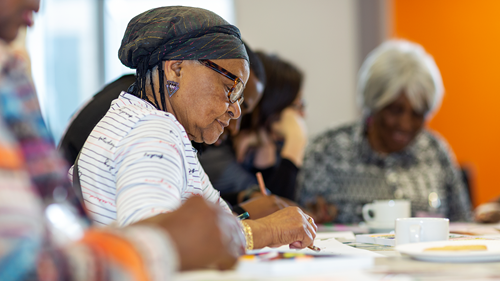 Treatments for dementia aim to help people to live well with dementia, improving outcomes for them and their families, who provide the majority of care. Interventions focusing on psychological and social factors (‘psychosocial interventions’) such as Cognitive Stimulation therapy (CST) can be used alone or alongside drug treatments for cognition. CST involves group activities to engage and stimulate people with mild or moderate dementia, improving quality of life and cognitive function. Cognitive function includes things like the ability to learn, remember, problem-solve or make decisions. For family carers, STrAtegies for RelaTives (START) (an eight-session intervention and manual to improve coping strategies) helps to improve anxiety, depression, and quality of life both immediately and long-term.

These are just two examples of treatments, both developed in the UK at University College London (UCL). Most other psychosocial interventions for dementia have been developed and tested in high-income countries with majority populations, usually of European descent. Yet around 60% of people with dementia live in low-and-middle-income countries (LMICs), and rates of dementia are higher in some minority ethnic groups in high-income countries. Why is this problematic? As these treatments have only been tested with specific groups, we do not know if they are practical or acceptable for everyone.


The impact of cultural differences

Health interventions developed in one setting may not be usable in others. Cultural factors related to beliefs, values and languages can impact if and how people engage with new treatments and health practices. Group interventions may be unacceptable in cultures where dementia is seen as shameful or stigmatised, and those involving literacy might be impractical for people with little education. Interventions developed in one setting may need to be adapted for culturally different settings by, for example, changing the languages, materials, or delivery methods.

We wanted to find out how often and how successfully psychosocial interventions have been tailored and used for people affected by dementia in LMICs and minority ethnic groups. We found 23 relevant studies: seven targeted people living with dementia and 16 were for family carers. 14 studies were in LMICs and nine involved carers from minority ethnic groups in the USA.

To synthesise the results, we split these studies into: 1) existing evidence-based interventions that were culturally adapted to new groups (7 studies); and 2) newly developed interventions with no existing evidence base that were culturally tailored to a specific ethnic group (16 studies). Evidence for the latter was mixed and only one study was considered high-quality. This study described a treatment developed for family carers in India which improved carer mental health, but this intervention did not produce the same results when replicated for people in Russia and Peru. The intervention had not been culturally tailored for these very different countries.

We found that existing evidenced-based interventions that retained the core “active ingredient” components - the things that makes the intervention work - but adapted other components which make the intervention accessible such as the languages or materials used, were acceptable and effective in new settings. This was true, for example, for Cognitive Stimulation therapy adapted for people living with dementia in Nigeria and Tanzania.


Developing a model to improve access to culturally tailored interventions

Randomised Controlled Trials (RCTs) are considered the gold standard for psychological intervention research but these are costly, and therefore difficult to roll out, particularly in LMICs where research resources can be scarce. Based on our findings, we have developed a conceptual model. This model proposes that evidence-based interventions for dementia can be culturally tailored by adapting flexible components to suit the target group. However, completely new trials of the adapted interventions to test if they work are not necessary, as long as the core components of a previously effective intervention are retained.


What does this mean for people affected by dementia and researchers?

By removing the need to carry out a RCT every time an effective evidence-based intervention is adapted for a new setting, we save time, costs and resources. Our model has the potential to improve access to culturally tailored treatments for people affected by dementia in settings where resources are limited, but health interventions are very much needed.

This makes it sound simple but of course there are other barriers. Beliefs about the causes of dementia can mean that people never visit a health professional, and so they are not diagnosed which is necessary to receive treatment. When people do receive a diagnosis, a lack of resources to deliver interventions in LMICs means treatments may not be available. However, work is being done to address this. The World Health Organization’s global action plan for dementia aims to increase awareness of dementia, improve diagnosis, treatment and care, and focus on research and innovation. Our model is a step in the right direction.


What can researchers do?

Newly developed interventions will still need full controlled trials to test their effectiveness before they can be adapted for other groups, but researchers developing new interventions could take steps to aid future adaptation and adoption. They could do this by: 1) identifying and stating the intervention’s core components which must be retained to ensure that their treatment remains effective in a new setting; and 2) highlighting which parts can be adapted.

By Tiffeny James, a NIHR North Thames ARC-funded PhD student, based at the Division of Psychiatry, University College London.

Find out more about Tiffeny’s project, examining equity in service provision for people living with dementia and their families. 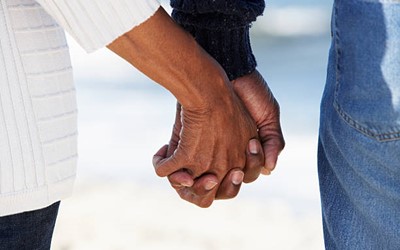 Equity in service provision for dementia patients and their families
PROJECT